Kirk Penner is a proud Nebraskan! He was born in York, NE. His family moved to Aurora, NE when he was 7 years old where he attended Aurora Public Schools. Upon graduation, Kirk played basketball at Nebraska Wesleyan University and earned his bachelors degree in Business Administration. Soon after, Kirk moved back to Aurora to take a sales position at his family company, Penner Patient Care. Kirk married his wife, Jennifer and they raised their two children who enjoyed participating in sports and other activities in the Aurora Public Schools.

Kirk later became the Vice President and more recently, the President of Penner Patient Care (now Penner Bathing) and Penner Manufacturing. Penner proudly designs, manufactures and sells bathing systems to long-term care facilities throughout the U.S. and Canada. The family company was started in the basement of his parents’ home in 1980. Now a leading bathing company for the last 40+ years. Penner now also develops walk-in baths that help people with physical limitations bathe safely at home.

Kirk has always been very involved with his community and served faithfully for 16 years on the Aurora Public School Board and is currently President of the Aurora Development Corporation.

The direction in which the public school system has taken has been increasingly troubling to Kirk. As a member of his local school board, he saw first-hand how schools were losing local control and were frustrated with mandates coming from Lincoln. Kirk’s goal is to return local control to school districts in the entire State and to encourage parents to be involved in their children’s education. 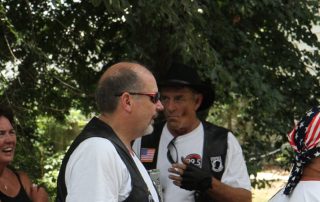 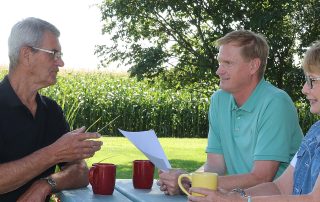